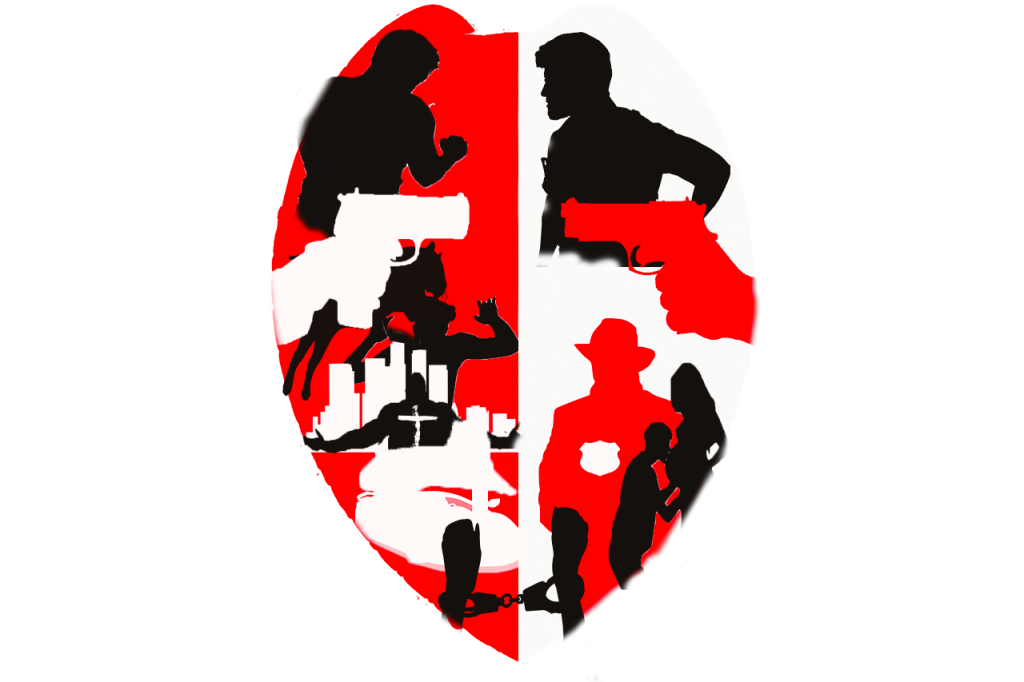 The rivalry and brotherhood between a police detective and a Brazilian gangster boss.

Among Devils ©2019, describes the dramatic and emotional disturbing fight between two brothers on different sides of the law.

Vittorio Anteca, a ruthless and emotional confused gangster boss, lost his wife and his little daughter in a war against his enemies and with them his belief in humanity. He is in a constant battle with himself and everyone around him.

Eduardo Anteca, a good-hearted detective with a pregnant wife and the opportunity to become a great chief inspector, is fighting with the belief in the goodness in his brother. Not understanding the happenings around him, Eduardo is pushed to his limits and forced to unlikely decisions.  Decisions the he often fails with deadly after-effects.

Both raised up together under the same beliefs, but grown up to different men.

Vittorio stops at nothing to defend his power in the city and Eduardo has to stop him by the growing mistrust of his colleagues and supervisor.

A drama about the love and the honor of two brothers.

Raymond J. Parker was in Berlin and moved very early on over to Brazil. There he found his love for drama. Influenced by the daily criminality and suffer he created a emotional catching approach to explore his stories and characters.

Any cookies that may not be particularly necessary for the website to function and is used specifically to collect user personal data via analytics, ads, other embedded contents are termed as non-necessary cookies. It is mandatory to procure user consent prior to running these cookies on your website.